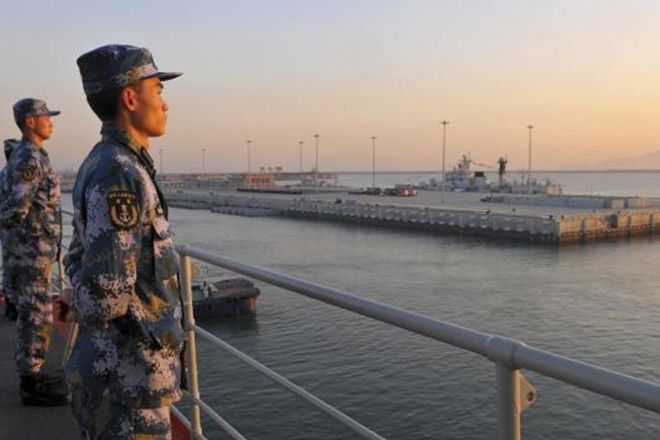 China said Saturday that it will ignore the decision of an international arbitration panel in the Philippines’ lawsuit against Beijing’s sweeping territorial claims in the South China Sea.

“To put it simply, the arbitration case actually has gone beyond the jurisdiction” of a U.N. arbitration panel, said Rear Adm. Guan Youfei, director of the foreign affairs office of China’s National Defense Ministry.

The Philippines has filed a case in the United Nations under the U.N. Convention on Law of the Sea, questioning China’s territorial claim in the South China Sea. An arbitration panel is expected to rule on the case soon. The Permanent Court of Arbitration ruled last year that it has jurisdiction over the case despiteChina’s rejection.

“Because the territorial and sovereignty disputes have not been subjected to the arbitration, we think the arbitration is illegal,” Guan told reporters on the sidelines of an international security conference here. “Therefore, we do not participate in it nor accept it.”