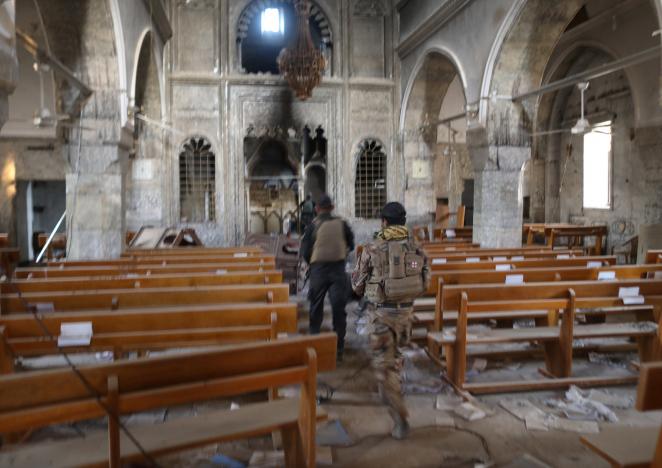 BARTELLA, IRAQ | The din of bullets, mortars and bombs in the northern Iraqi town of Bartella was replaced momentarily on Friday by a sound not heard there for more than two years: the peal of church bells.

A cautious calm returned to this historic Christian area following its recapture from Islamic State a day earlier as Iraqi forces push west towards Mosul, the jihadists’ last major stronghold in the country.

Bartella, once home to thousands of Assyrian Christians, emptied in August 2014 when Islamic State seized control as part of a lightning blitz across large swathes of Iraq and neighboring Syria.

Nearby Qaraqosh, Iraq’s largest Christian town, remains under the control of militants, according to a commander in the peshmerga, which holds nearby ground. Clouds of smoke were seen billowing from that direction this week, though the source was unclear.

Islamic State, which has targeted the adherents and religious sites of minority communities in both countries, issued an ultimatum to Christians: pay a tax, convert to Islam, or die by the sword. Most, including all of Bartella’s residents, fled towards the autonomous Kurdish region.