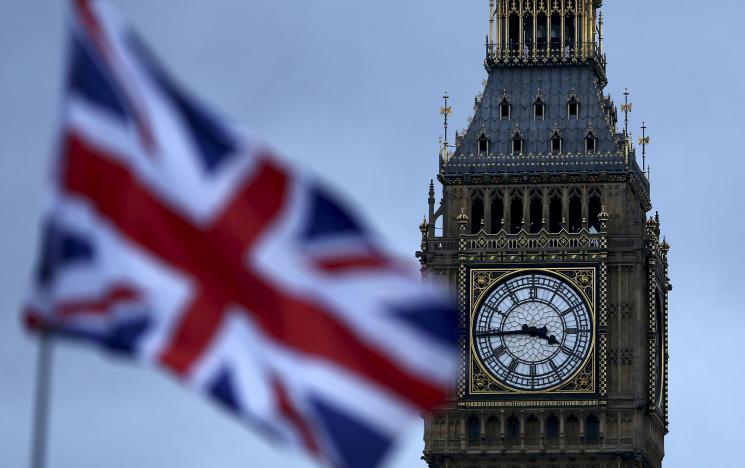 Two environmental activists climbed onto the roof of a train in London’s Canary Wharf financial district on Wednesday as part of a third day of action to force Britain to take more radical measures to avert climate change.

Climate change activists demonstrate during the Extinction Rebellion protest, at Canary Wharf DLR station in London, Britain April 17, 2019. REUTERS/Henry Nicholls
The Extinction Rebellion group has ratcheted up its protests in recent weeks, blocking Marble Arch, Oxford Circus and Waterloo Bridge, smashing a door at the Shell building and shocking lawmakers with a semi-nude protest in parliament.

A total of 290 people were arrested on Monday and Tuesday after the activists blocked some of the capital’s most iconic locations, many camping in tents on the streets.