Colombia government, rebels in crisis talks after ‘no’ to peace deal 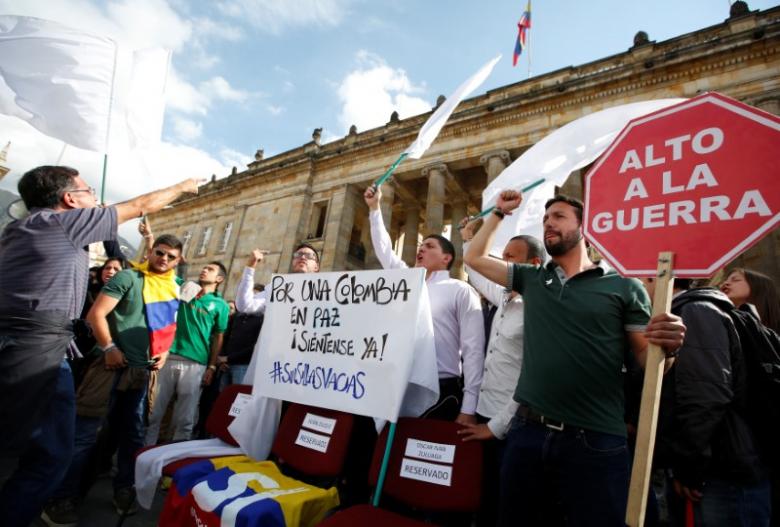 Colombia’s government and Marxist guerrillas went back to the drawing board on Tuesday after a peace deal they painstakingly negotiated over four years was rejected in a shock referendum result.

In a vote that confounded opinion polls and was a disaster for President Juan Manuel Santos, Colombians narrowly rebuffed the pact on Sunday as too lenient on the rebels.

Lead negotiators Humberto de la Calle and Sergio Jaramillo were back at a Havana convention center on Tuesday meeting counterparts from the Revolutionary Armed Forces of Colombia (FARC) to see what the rebels are willing to do, the government said.

The Cuban capital had been the venue since 2012 for talks between the two sides that reached an accord to end Colombia’s 52-year war, which has killed around a quarter of a million people.

All sides, including “No” voters, who carried the day on Sunday by less than half a percentage point, say they want an end to war, and the two parties have kept their ceasefire.