Crisis hits Venezuela’s main zoo, where 50 animals have died of malnutrition this year 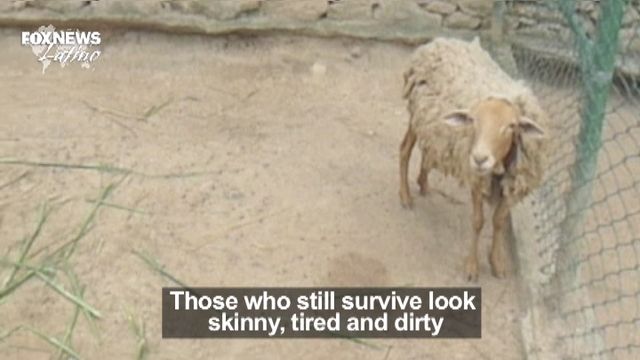 CARACAS, VENEZUELA – An emaciated lion whose skin hangs loosely because it hasn’t eaten in days. Elephants, bison and monkeys that have gone hungry because there is no food to feed them.

This is the dire situation at the zoos in Venezuela, where at least 50 animals have died in one zoo the past seven months because of problems related to malnutrition. The country is suffering from a massive food shortage that has left almost the entire country hungry – including its furry animals.

According to Marlene Sifontes, a member of the National Institute of Parks workers union, these are the worst days the Caricuao Zoo has seen in its nearly four decades of operation.

“Animals have gone 15 days without eating anything during some periods. We have registered the death of Vietnamese pigs, tapirs, rabbits, birds, peccaries and porcupines,” Sifontes told Fox News Latino.

One case two weeks ago astonished the community. A beloved dark horse that had been in exhibit for years was attacked in the middle of the night and quartered for meat. The next day staff members found just the head and the mutilated body.