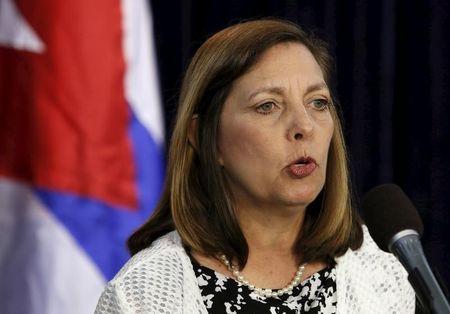 HAVANA – Cuba’s lead negotiator in talks with Washington told Reuters on Friday that the island’s internal affairs would never be on the table and Havana would never move “one millimeter” to placate enemies in the United States.

“Decisions on internal matters are not negotiable and will never be put on the negotiating agenda in conversations with the United States,” Josefina Vidal, director of U.S. affairs for the Cuban Foreign Ministry, said in an exclusive interview. 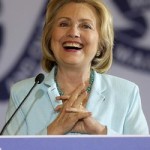 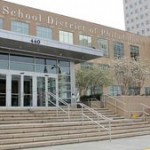 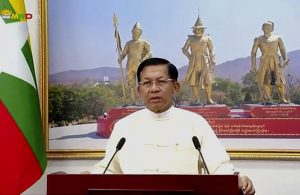 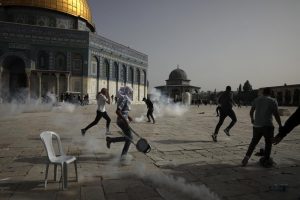 Grapevine is O was rushed to Cuba to grab it as the tail country to his NeoconZionistCommie Controllers’ plan to destroy USA and create their North America Union. That would be Canada, USA, Mexico, trailing countries with the tail country Cuba… couldn’t leave it dangling for Putin to station there again… also, the NZCs have moved Puerto Rico’s physicians out to USA to support the Hispanic Invaders in USA… and the NZCs have destroyed PR’s Finances. All for the purpose of bringing PR into Statehood with USA… for easier swallowing into their North America Union. They have torn open our borders inviting INVADERS to INVADE our country in effect erasing our SOVEREIGN Borders. They have convinced most elected politicians to accept the “change” by offering them same as they gave Obabbla… APPOINTED powerpositions with little work and much $, mainly just take orders from the NZC leaders. These people have a goal plan and have been working on it many years. They setup a business in Kiev and used undercover as headquarters for organizing Ukrainians to dump their President who refused to join the European Union – which the NZCs own. Once the street protests started, the NZCs sent their US cooperatives McCain and Chris Murphy of CT, to Ukraine to incite and encourage Ukrainians to demand joining EU. When the Protests were successful, the NZCs sold the headquarters in Kiev to another American not one of their ilk, in effort to wipe their fingerprints off the Protest signs and movement. Putin knew what they were and are doing in the world and stepped in to rescue part of Ukraine from their stranglehold. Notice how the NZC has backed off hammering Putin and pulled away from having their PerfectPuppet hammer him? Putin knows who and what the PerfectPuppet is, and that is a big power over the NZCs. So what do we do about this? We are being destroyed from within… by people we generously sacrificed our military troops lives for, sacrificed our money, our time for, and opened our doors to them to become Americans when other countries warned us against them and would either not accept them or set hard limits. No more PC. WAKE UP. Cuba? Change their platform? Why? It’s same as what is coming and they sure know it. It would have been played better had the NZCs told them to talk “flexible” instead of hardline… but then how would the NZCs get Castro to “go along.” Ha.