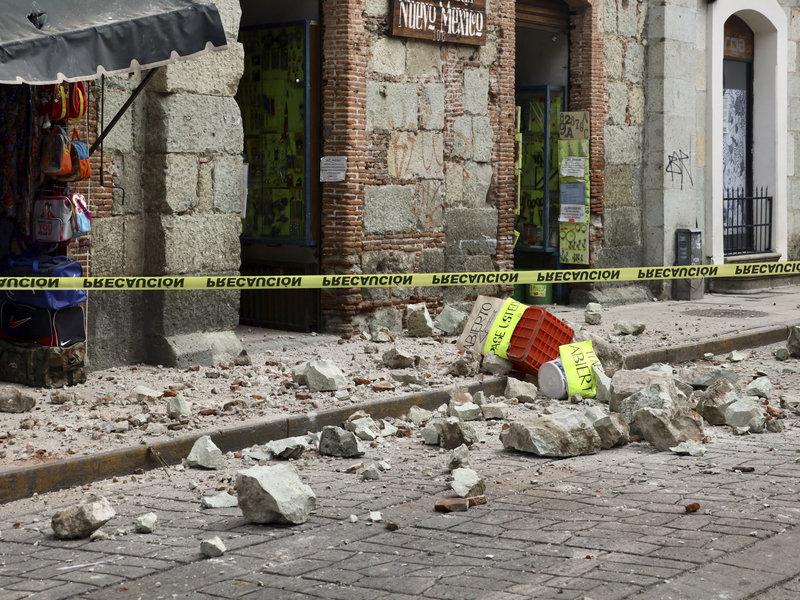 The 7.4-magnitude quake struck mid-morning, according to the U.S. Geological Survey. Its epicenter was off the Pacific coast about seven miles southwest of Santa María Zapotitlán, near the beach resort of Huatuco.

Reuters reports that rockfalls blocked the mountain roads in the region, cutting off isolated villages.

The state-run oil company Pemex said one of its workers fell from a refinery structure to his death, and the quake caused a fire at its facility in the city of Salina Cruz.