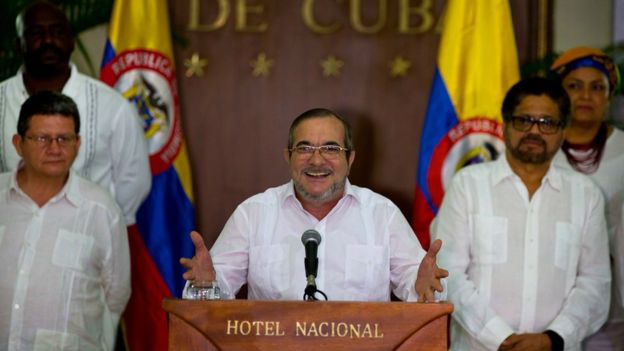 A ceasefire has come into effect in Colombia between the main leftist rebel group and the government, ending one of the world’s longest insurgencies.

The ceasefire at midnight local time (05:00 GMT Monday) came after four years of peace talks in Cuba between the Farc and the government.

The final agreement on ending the 52-year-old war will be signed next month.

“Never again will parents be burying their sons and daughters killed in the war,” Timochenko told journalists. “All rivalries and grudges will remain in the past,” he said.