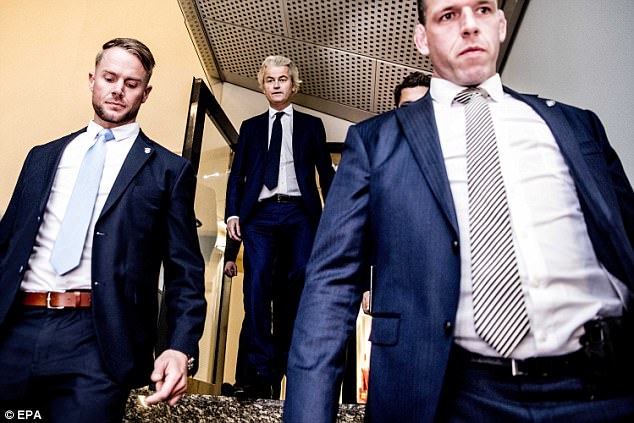 Dutch leader Mark Rutte has won the country’s general election and said Geert Wilders’ defeat meant ‘after Brexit and Trump’ the country’s voters had rejected the ‘wrong kind of populism’.

Mr Rutte, who has won a historic third term as prime minister, has also refused to work with far-right leader Wilders despite his PVV party coming second.

Speaking last night a jubilant Rutte, who leads the liberal VVD party, said: ‘The Netherlands, after Brexit and Trump, said “Whoa!” to the wrong kind of populism.’

In response Mr Wilders called his comments ‘very worrying, as if populists are semi-Nazis’.