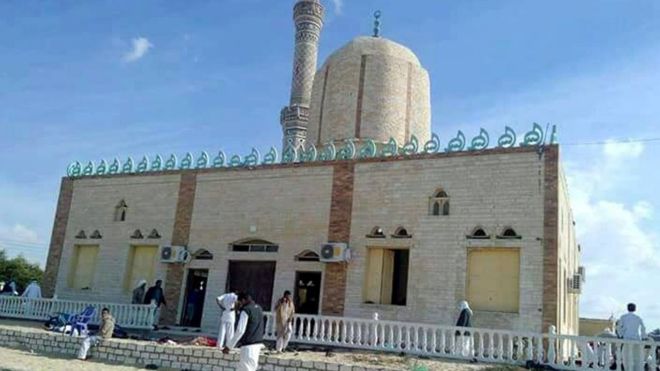 The al-Rawda mosque in the town of Bir al-Abed was targeted during Friday prayers.

It is the deadliest attack of its kind since an Islamist insurgency in the peninsula was stepped up in 2013.

No group has yet claimed the attack, but militants affiliated with so-called Islamic State (IS) have been responsible for scores of deadly attacks in the province.