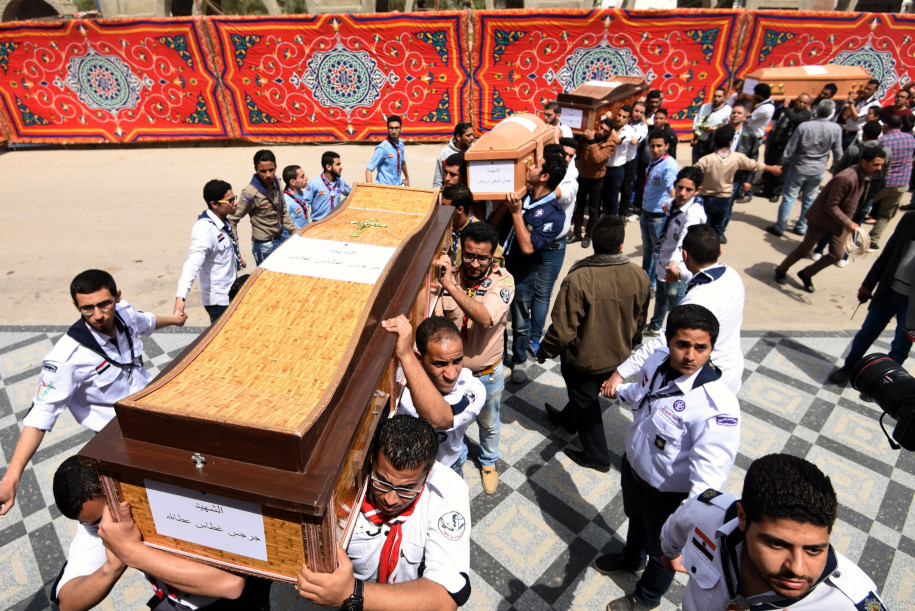 Women wailed as caskets marked with the word “martyr” were brought into the St. Mark’s Cathedral in the coastal city of Alexandria, where Coptic priests and boy scouts joined the procession to mourn 17 victims.

Another suicide attack killed at least 28 people inside St. George’s Church in the Nile Delta city of Tanta, the Health Ministry said, updating an earlier toll.

The Rev. Danial Maher of the Tanta church lost his 23-year-old son, Beshoy, who was among six deacons killed.