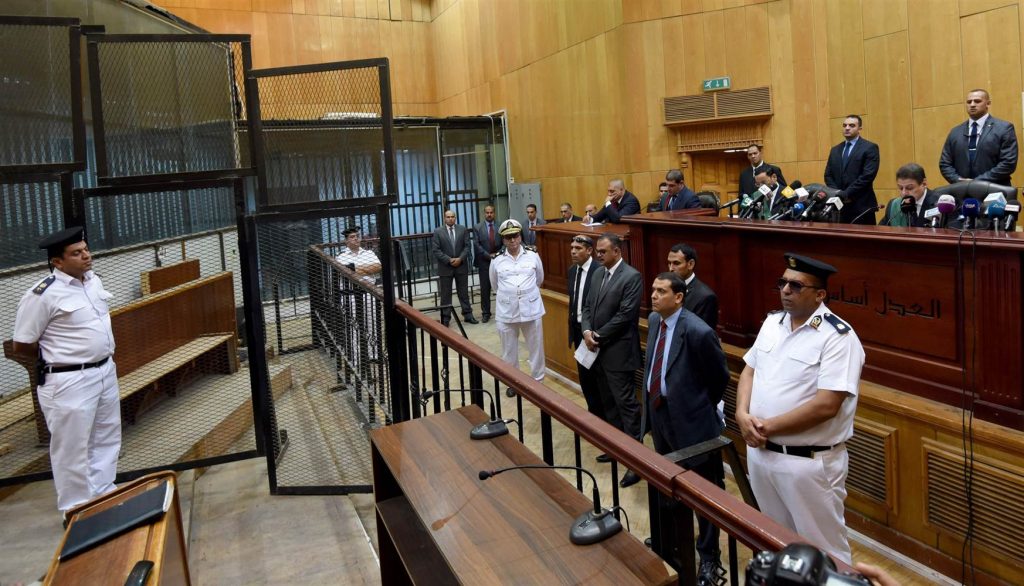 An Egyptian court on Saturday sentenced six people, including two Al-Jazeera employees, to death for allegedly passing documents related to national security to Qatar and the Doha-based TV network during the rule of Islamist President Mohammed Morsi.

Morsi, the top defendant, and two of his aides were sentenced to 25 years in prison for membership in the now-banned Muslim Brotherhood group but were acquitted of espionage, a capital offense. Morsi and his secretary, Amin el-Sirafy, each received an additional 15-year sentence for leaking official documents. El-Sirafy’s daughter, Karima, was also sentenced to 15 years on the same charge.

Morsi, Egypt’s first freely elected leader, was ousted by the military in July 2013 and has already been sentenced to death in another case. That death sentence and another two — life and 20 years in prison — are under appeal. The Brotherhood was banned and declared a terrorist organization after his ouster. Khalid Radwan, a producer at a Brotherhood-linked TV channel, received a 15-year prison sentence.

All of Saturday’s verdicts can be appealed. Of the case’s 11 defendants, seven, including Morsi, are in custody.