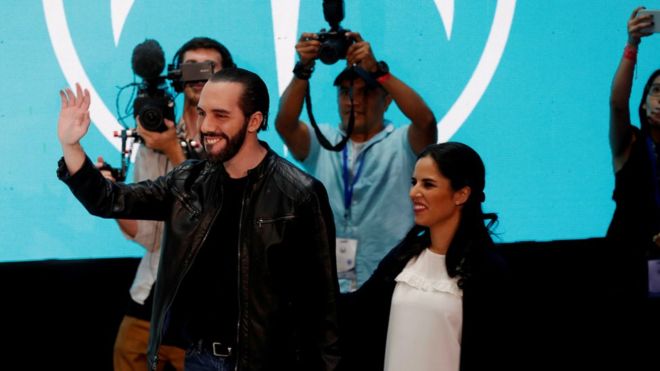 With most votes counted, the former mayor of San Salvador had nearly 53% of the vote with his closest rival, the conservative Carlos Calleja on 32%.

The businessman has vowed to tackle corruption and combat the criminal gangs responsible for one of the world’s highest murder rates.

Politics in El Salvador has been dominated over the past three decades by two main parties – the incumbent left-wing FMLN and the conservative Arena.