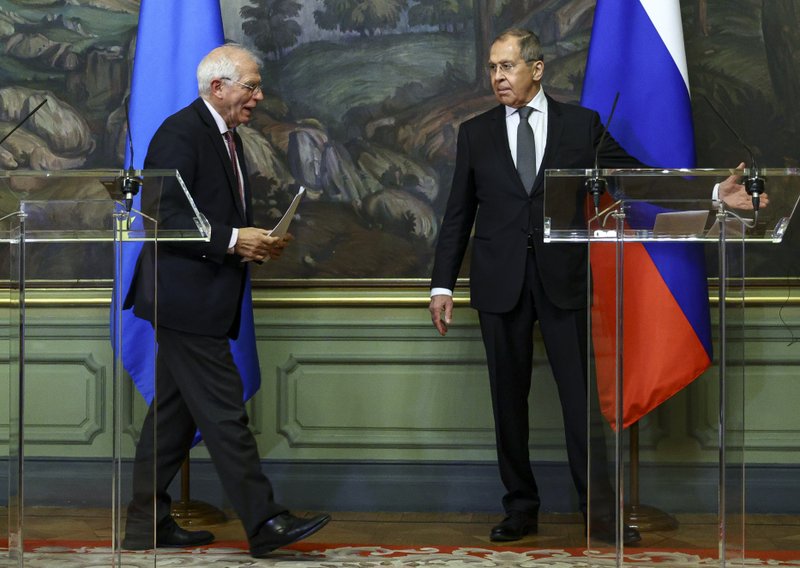 BERLIN (AP) — Germany, Poland and Sweden on Monday each declared a Russian diplomat in their country “persona non grata,” retaliating in kind to last week’s decision by Moscow to expel diplomats from the three European Union countries over the case of opposition leader Alexei Navalny.

Russia had accused diplomats from Sweden, Poland and Germany of attending a demonstration in support of Navalny, President Vladimir Putin’s most high-profile political foe.

“We have informed the Russian Ambassador that a person from the Russian embassy is asked to leave Sweden,” Sweden’s Foreign Minister Ann Linde wrote on Twitter. “This is a clear response to the unacceptable decision to expel a Swedish diplomat who was only preforming his duties.”

Germany’s foreign ministry said Russia’s decision to expel the European diplomats “was not justified in any way,” insisting that the German Embassy staffer had been acting within his rights under the Vienna Convention on Diplomatic Relations to “inform himself about developments on site.”

The ministry added that the decision was taken in close coordination with Poland, Sweden and the EU’s diplomatic service. Poland’s foreign ministry tweeted that “in accordance with the principle of reciprocity” it considers “the diplomat working at the Consulate General in Poznan as a persona non grata.”

In a statement, EU lawmakers also appealed to “all EU Member States to show maximum solidarity with Germany, Poland and Sweden and take all appropriate steps to show the cohesiveness and strength of our Union.”

The parliamentarians called for “a new strategy for the EU’s relations with Russia, centered around support for civil society, which promotes democratic values, the rule of law, fundamental freedoms and human rights.”

The tit-for-tat expulsions come as EU officials ponder the future of the 27-nation bloc’s troubled relations with Moscow amid deep concern that their large eastern neighbor sees democracy as a threat and wants to distance itself further from the EU.

Moscow’s decision Friday was as an extra slap in the face for the Europeans because it came as the bloc’s top diplomat — foreign policy chief Josep Borrell — was meeting with Russian Foreign Minister Sergey Lavrov. Borrell said he learned about the expulsions on social media.

“The messages sent by Russian authorities during this visit confirmed that Europe and Russia are drifting apart,” Borrell wrote in a blog on his return to Brussels. “It seems that Russia is progressively disconnecting itself from Europe and looking at democratic values as an existential threat.”

He said the trip left him “with deep concerns over the perspectives of development of Russian society and Russia’s geostrategic choices,” and the expulsions, which he requested be dropped, “indicate that the Russian authorities did not want to seize this opportunity to have a more constructive dialogue.”

Some EU lawmakers criticized Borrell for going, or for not insisting on visiting Navalny, who was arrested in January when he returned to Moscow after spending months in Germany recovering from a poisoning in Russia with what experts say was the Soviet-era nerve agent Novichok. On Feb. 2, a Moscow court ordered Navalny to prison for more than 2 1/2 years for violating the terms of his probation while in Germany.

Borrell tried to arrange a prison meeting through Lavrov but was told to take it up with the courts.

“If you are familiar with the court procedures in Russia, you will know that it would take much more time than the duration of the visit,” Borrell’s spokesman, Peter Stano, said Monday.

Ultimately, the trip was never uniquely about Navalny. Russia is a major trading partner and the EU depends on it for natural gas. It’s also a key player in talks on curbing Iran’s nuclear ambitions and has a central role in conflicts that impact on European interests, like those in Syria and Ukraine.

Borrell’s aim was to “deliver firm messages” on the broad state of EU-Russia ties as much as on the imprisonment of Navalny, Stano said. EU foreign ministers will debate the issue Feb. 22 in preparation for the bloc’s leaders to weigh Europe’s Russia strategy at a summit on March 25-26.

But the real challenge is overcoming the vast divisions between countries on how to approach Russia.

EU heavyweight Germany has strong economic interests there, notably the NordStream 2 undersea pipeline project, and German and other ambassadors are reluctant to rapidly wade into any sanctions battle over Navalny.

Despite calls for such punitive measures, particularly among some of Russia’s close but small EU neighbors like Lithuania, Borrell said Friday that no country has officially raised any proposals on who or what organizations to hit with sanctions. 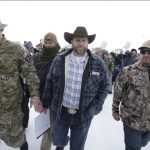 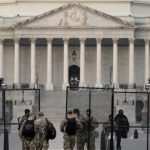 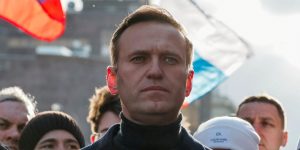 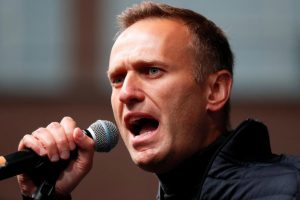 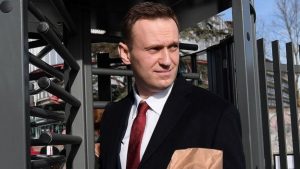