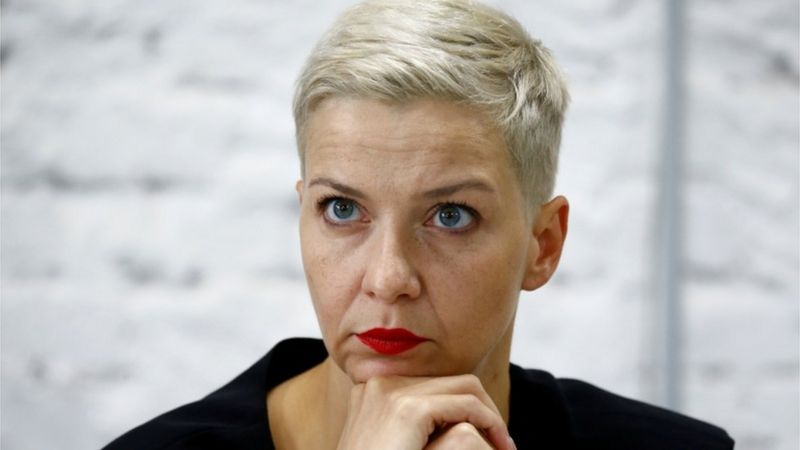 The EU has demanded the Belarus authorities release “all detained on political grounds before and after” the disputed presidential elections.

It is planning sanctions for those responsible for “violence, repression and falsification of election results”.
Key opposition figure Maria Kolesnikova went missing on Monday after she was seen being bundled into a minibus.

She was one of three women who joined forces to challenge incumbent Alexander Lukashenko in August’s election.
Mass protests followed his re-election amid allegations of vote-rigging.

More than 600 people were arrested on Sunday, following a fourth consecutive weekend of anti-government protests in the capital Minsk and other cities. At least four people have died and hundreds have been injured as authorities have tried to crush dissent.

Mr Lukashenko – who has been in power since 1994 – has accused Western nations of interference. He is expected to visit his ally Russia “in the coming days”, the Kremlin said on Monday.

What happened to Maria Kolesnikova?

Ms Kolesnikova was seen by witnesses being seized by masked men on a street in Minsk on Monday morning and pushed into a minibus.

She is a member of the Co-ordination Council set up by the opposition to ensure a transfer of power. A member of the council, Maxim Znak, said on Monday evening: “We still don’t know where Maria is and what is happening to her”.
The council says its press secretary, Anton Rodnenkov, and its executive secretary, Ivan Kravtsov, have also disappeared.

The interior ministry said it had no information about the council members being detained.
Ms Kolesnikova was the last of the three women who joined forces against Mr Lukashenko to remain inside Belarus. Veronika Tsepkalo and presidential candidate Svetlana Tikhanovskaya left the country soon after the vote.

Ms Tikhanovskaya said the latest detentions were an attempt to disrupt the work of the Co-ordination Council. “The more they try to scare us, the more people will take to the streets,” she said in a statement from Lithuania.

Government authorities have launched a criminal case against opposition leaders, saying the “creation and activity of the Co-ordination Council are aimed at seizure of state power, and at harming national security”. The council accuses Mr Lukashenko of “openly using methods of terror”.

What was the EU’s reaction?

The EU’s High Representative for Foreign Affairs, Josep Borrell, strongly condemned what he called the “unabating arbitrary and unexplained arrests and detentions on political grounds”.

“It is clear that the State authorities in Belarus continue to intimidate or allow intimidation of its citizens in an increasingly lawless way and crudely violate both their own domestic laws and international obligations.”
He called for the immediate release of opposition figures as well the 633 people who were detained during Sunday’s protest.

“We expect the authorities to stop political persecution and engage in an inclusive national dialogue, in full respect of the Belarusian people’s democratic and fundamental rights.”

Earlier, the EU said it planned to impose economic sanctions on 31 senior Belarus officials – including the interior minister – by mid-September. The sanctions are expected to cover travel bans and asset freezes.

What happened on Sunday?

Police began to make arrests in Minsk at the end of an unsanctioned rally as people were going home. Video footage shows men in plain clothes beating peaceful protesters with batons.

The interior ministry confirmed at least 633 arrests had been made across the country.

Internal Affairs Minister Yuri Karayev defended the actions of the security forces, saying “there are no more humane, restrained and cool-headed police anywhere in the world”.

In recent days, the security forces have targeted university students as they returned from their holidays, dragging some from the streets and university buildings into unmarked minivans. 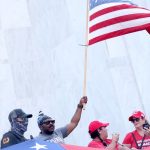 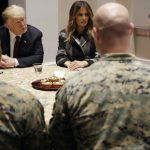 Trump battles Pentagon brass while presenting himself as champion of military 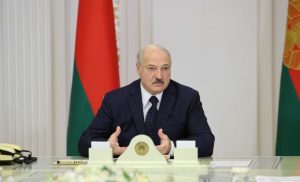 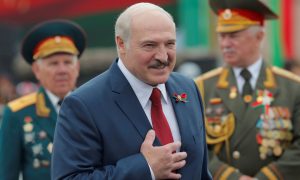 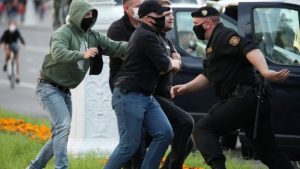