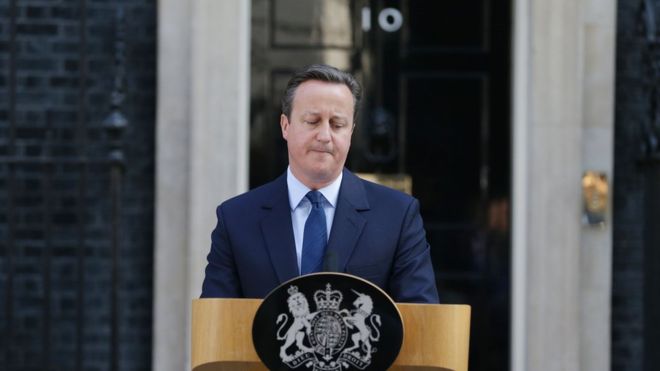 The UK has had its credit rating outlook cut to “negative” by the ratings agency Moody’s after the country voted to leave the EU.

Moody’s said the result would herald “a prolonged period of uncertainty”.

Meanwhile, PM David Cameron is under pressure to speed up “divorce” talks with the EU after Brussels said exit negotiations should start immediately.

EU head Jean-Claude Juncker said it was “not an amicable divorce”, but it was “not a deep love affair anyway”.