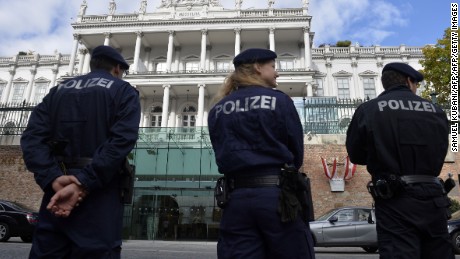 The attacks would involve explosives or guns and occur sometime between Christmas and New Year’s Eve, according to the statement, which did not name the cities that have been warned.

The warning did include the names of several possible attackers the Vienna police have investigated without finding “concrete further results.”

“Overall, this is a lead, which stipulates a higher than general abstract state of danger,” the Vienna police said.