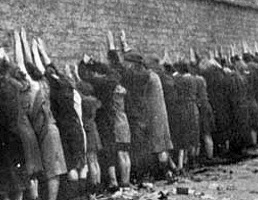 [Americans] are used to aggressive advertising. Banners for breast implants. Billboards for condoms. But a federal judge’s ruling has opened the door for far more controversial posters on buses and subways across the city.

“Killing Jews is Worship that draws us close to Allah,” reads one such ad next to the image of a young man in a checkered headscarf. “That’s His Jihad. What’s yours?”

The poster is at the center of heated legal debate over public safety and free speech. On Tuesday, U.S. District Judge John Koeltl ruled that New York’s Metropolitan Transportation Authority (MTA) cannot stop the controversial ad from running on scores of subway cars and buses.

The MTA has argued that the ad could incite violence against Jews, but Koeltl rejected that idea.