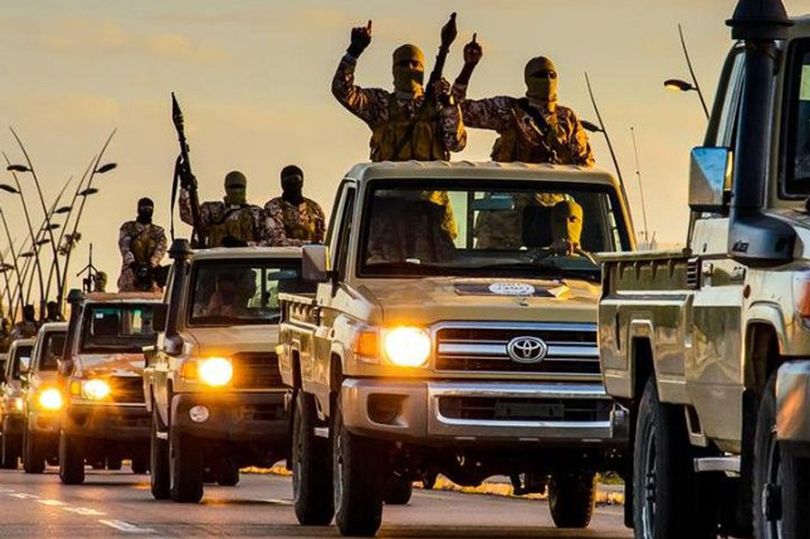 A female suicide bomber used three children as a decoy to blow herself up in new low for Islamic State.

It’s now feared that more civilian women – in Libya at least – are being brainwashed, forced or cajoled into killing themselves for IS terrorists as fighting intensifies.

Libyan forces, backed by US air strikes, are close to taking full control of the former Islamic State stronghold of Sirte after a campaign lasting more than six months.

But they have had difficulty dislodging terrorists from a final patch of land near the city’s Mediterranean sea front – partly because of concerns about families or captives being held hostage.

During a pause in fighting on Friday, Reuters journalists saw one woman escorting three young children through an alleyway toward waiting Libyan forces.