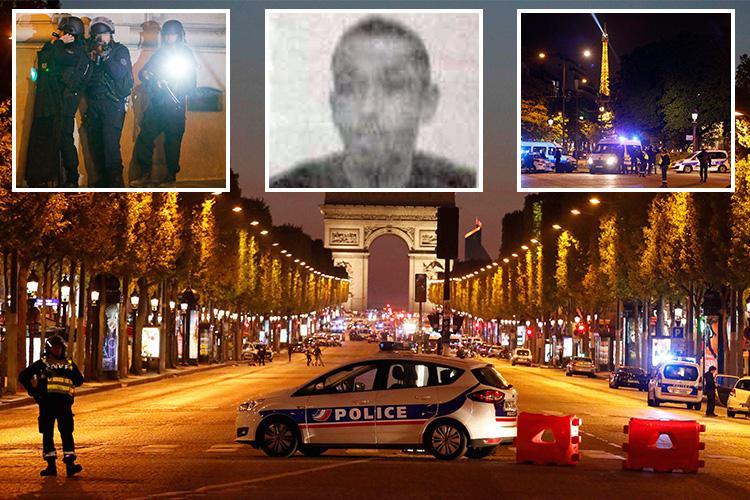 THIS is the first picture of a suspect being investigated by cops in Paris after a Kalashnikov-wielding gunman murdered a policeman and seriously wounded two others on the Champs-Elysées last night.

ISIS claimed responsibility for the attack after the killer got out of a car next to a parked police van and opened fire through the window before officers returned fire and shot him dead. A female foreign tourist was also wounded.

Cops raided the home of Karim Cheurfi, who is said to have a previous conviction for shooting at police.

Three policemen have been shot – one dead – on the Champs-Elysees in Paris.