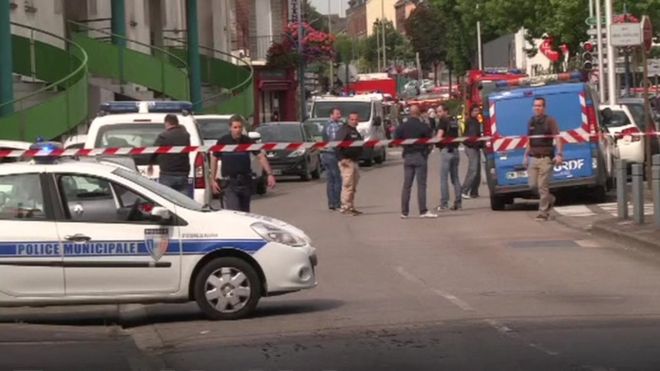 A priest has been killed in an attack by two armed men at his church near Rouen in northern France, police and French media have said.

French TV said shots had been heard after police arrived at the scene. Both hostage-takers are now dead.

The area has been cordoned off and police have told people to stay away.

At least one person is receiving medical treatment for injuries.

A woman who works in a local beauty parlour, Eulalie Garcia, said she had known the 92-year-old priest since her childhood.