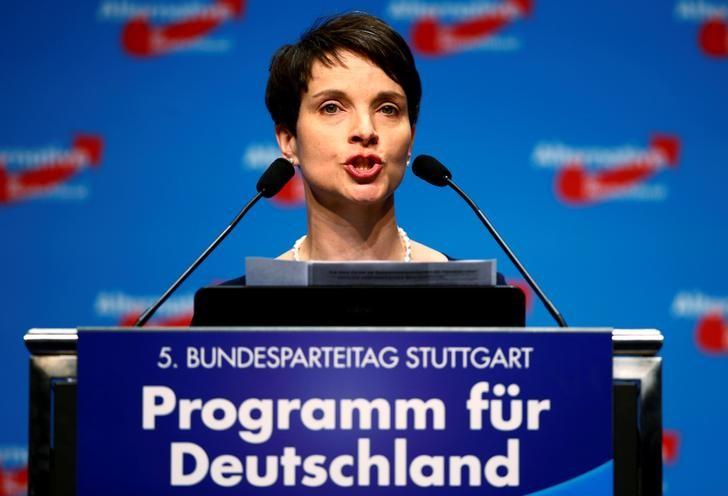 The leader of the populist Alternative for Germany (AfD) party has spoken out in favor of people arming themselves with guns and self-defense devices following a series of violent attacks last month.

The anti-immigrant AfD has won growing popular support in Germany due in part to Europe’s migrant crisis, which has seen more than 1 million refugees arrive over the past year, and it now has seats in eight of Germany’s 16 state assemblies.

After two Islamist attacks and a shooting rampage by a mentally unstable teenager last month, Germans are on edge and the AfD is expected to make a strong showing in votes next month in Berlin and Mecklenburg-Vorpommern.

“Many people are increasingly feeling unsafe. Every law-abiding citizen should be in a position to defend themselves, their family and their friends,” Frauke Petry told the Funke Media Group in an interview published on Saturday.

“We all know how long it takes until the police can get to the scene, especially in sparsely populated places,” she said.