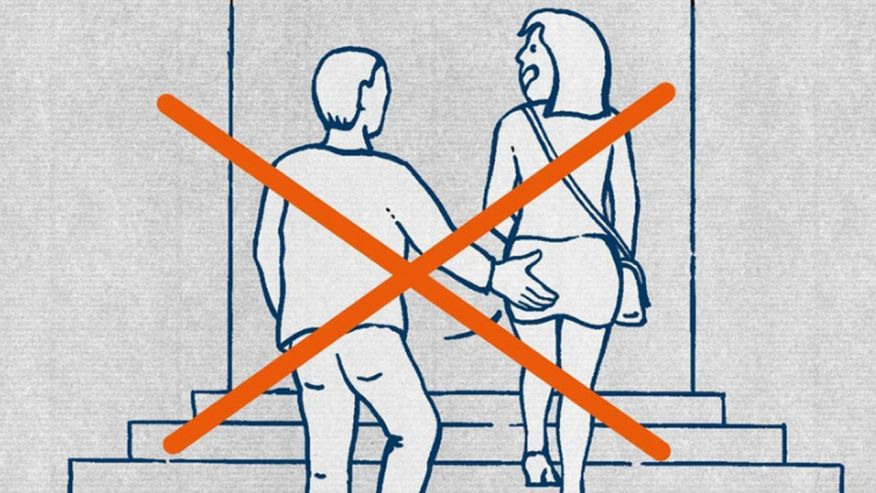 BERLIN – Rocked by a wave of sexual assaults committed by migrant men, Germany is fighting back with cartoons, in a PC campaign critics say would be comical if it didn’t address such a serious issue.

In a national effort already blasted by critics as demonstrating the government’s ineptitude in dealing with unruly refugees from the Middle East and North Africa, authorities have distributed anti-sexual harassment cartoon leaflets at public swimming pools and other public facilities. One depicts a hand reaching for a shapely, bikini-clad woman’s backside, and bears a universal-language slash demonstrating such behavior is forbidden.

“No verbal and bodily sexual harassment toward women in any kind of clothing,” reads the caption below.