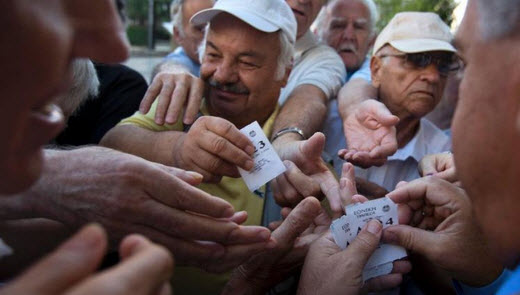 ATHENS, Greece – Greece’s government says the country’s banks will reopen Monday after being closed for three weeks but cautioned that restrictions on withdrawals would only be lifted gradually. Deputy Finance Minister Dimitris Mardas made in the announcement Thursday evening on state-run ERT television.

Banks were closed June 29 to stop mass cash withdrawals from triggering their collapse. The decision to reopen them was announced hours after the European Central Bank increased its emergency cash support to Greek lenders. Mardas said banks would likely to switch to a more relaxed weekly limit after reopening, instead of imposing a daily ATM withdrawal cap. Greeks now can only take out 60 euros ($67) a day.