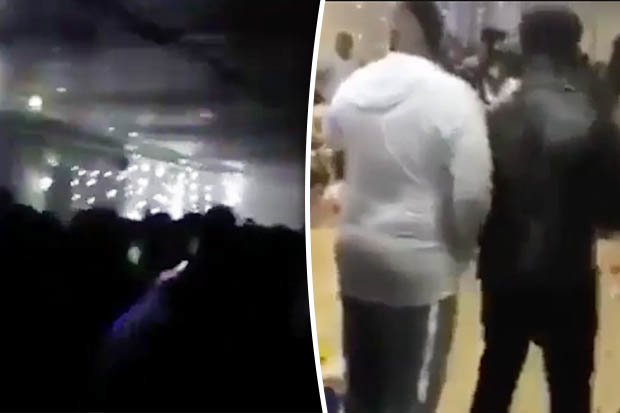 Footage taken from the Money Move party in Leyton, east London, shows the moment the thugs rained down a hail of bullets on the party-goers.

The gang of three men responsible for the attack were wearing clown, ghost and ghoul masks.

Another video shows a 41-year-old man lying in a pool of blood as a woman desperately tries to stop the flow with a belt.

She can be heard telling the victim: “Make no blood come out, you’re a good man.”

One raver at the event told The Sun that over 100 people were trapped inside after the gang “blocked off the only road out of the rave with a car”.