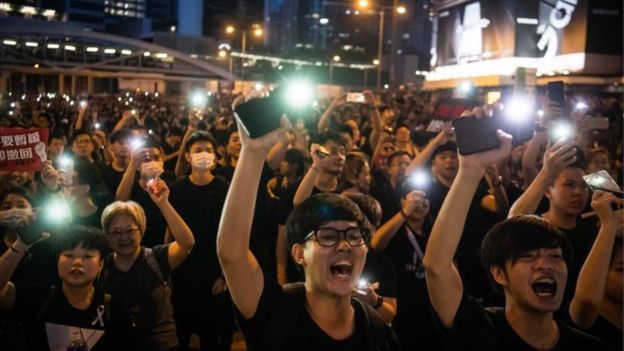 If confirmed, it would be the largest protest in Hong Kong’s history. Police said turnout was 338,000 at its peak.

The masses turned out despite the suspension of the bill – which would allow extradition from Hong Kong to mainland China – on Saturday.