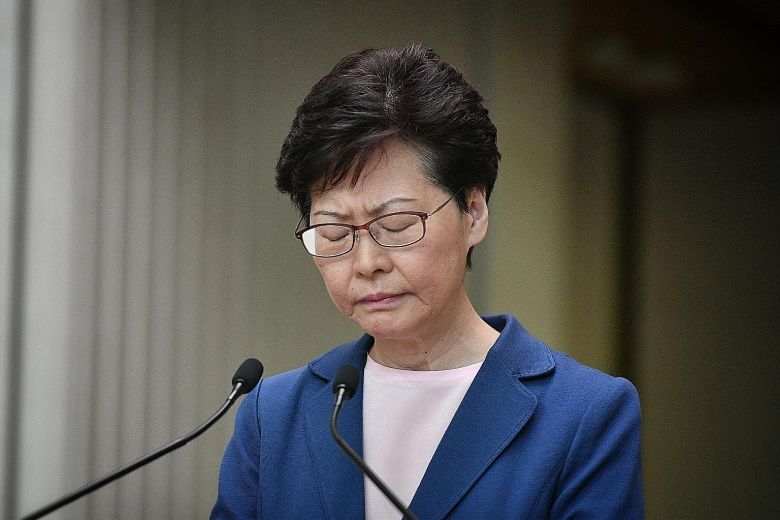 The stalemate between the Hong Kong government and anti-extradition groups looks set to stay as Chief Executive Carrie Lam’s clarification that the highly controversial extradition Bill is “dead” failed to win over her harshest critics and prompted fresh calls for protests.

Opposition groups and student leaders yesterday rebuffed Mrs Lam’s public appeal for the chance and time to end the impasse.

Speaking at the Admiralty government headquarters after weeks of protests, Mrs Lam yesterday sought to lay to rest lingering talk that the passing of the Bill could still be restarted in the legislature.

“So, I reiterate here, there is no such thing. The Bill is dead,” she said, stopping short of giving in to protesters’ demands that the Bill be withdrawn. “I just want to reiterate that this has nothing to do with my own pride or arrogance. This is the government’s full deliberations of the various concerns and factors, and (it has) come to the conclusion that the responses are practical measures for us to move ahead.”