How ISIS-controlled drones like this are striking new fear within the U.S. military 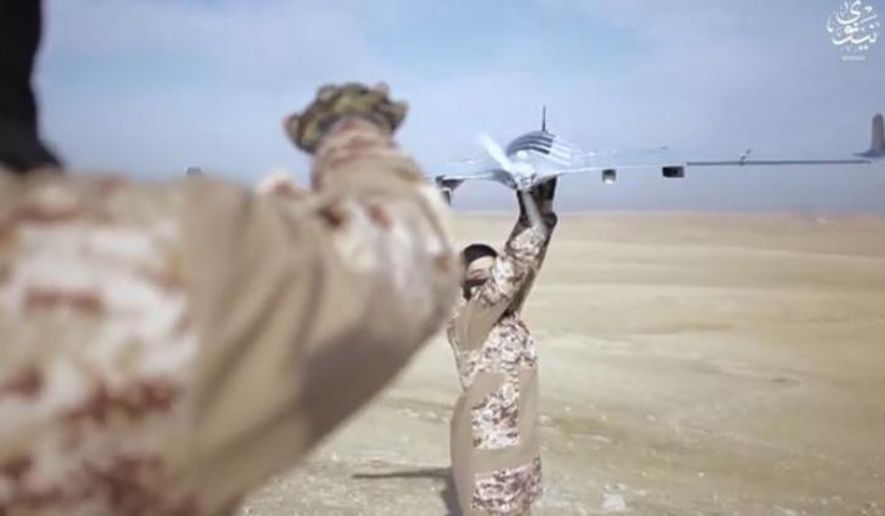 In a new threat to the West, the Islamic State on Tuesday debuted on social media a commercially available drone dropping small bombs with pinpoint accuracy onto Iraqi targets in and around Mosul.

The new capability raises the specter that the Islamic State one day could attack urban areas from the air, not just on the ground. The U.S. military is alarmed by the terrorist army’s quick technological advances and is evaluating more than 20 systems to detect and destroy its drone air force. Other systems already have been rushed to the war.

The attacks were depicted in a lengthy Islamic State propaganda video showing its terrorists in intense street battles to hold the city of Mosul.

Included is aerial footage of a Chinese Skywalker X8 drone, which is available on Amazon, striking clusters of Iraqi soldiers, tanks and buildings.

The video shows that the Islamic State can assemble, arm, launch and guide drones, and find specific targets. The explosions appear relatively small but deadly. Remote pilots were able to hit a tank turret and the dead center of a troop concentration.

Rep. Duncan Hunter, California Republican, said the drone video shows that the Islamic State has made a progression in delivering improvised explosive devices. The militants have gone from buried IEDs to vehicle-borne IEDS to airborne IEDS.