HUNGARY TO DEPLOY ARMY TO STOP MIGRANTS AT BORDER 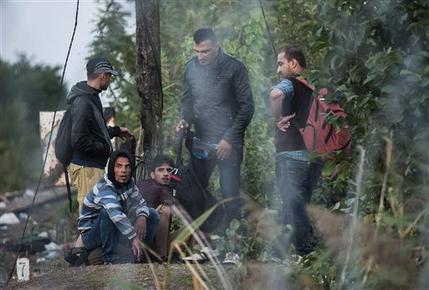 BUDAPEST, Hungary — Hungary on Tuesday declared a state of emergency in two of its southeastern counties in response to the migration crisis, a move that paves the way to deploy the army to the border with Serbia to stop the flow of migrants that has been entering the country.

The state of emergency gives authorities greater powers to deal with the crisis, allowing them to shut down roads and limit the working of public institutions. It also speeds up court processes for asylum-seekers.

Technically, parliament must still approve the deployment of the military. However, Associated Press reporters at the border have already spotted heavily armed military personnel with vehicles and dogs at the border in recent days.