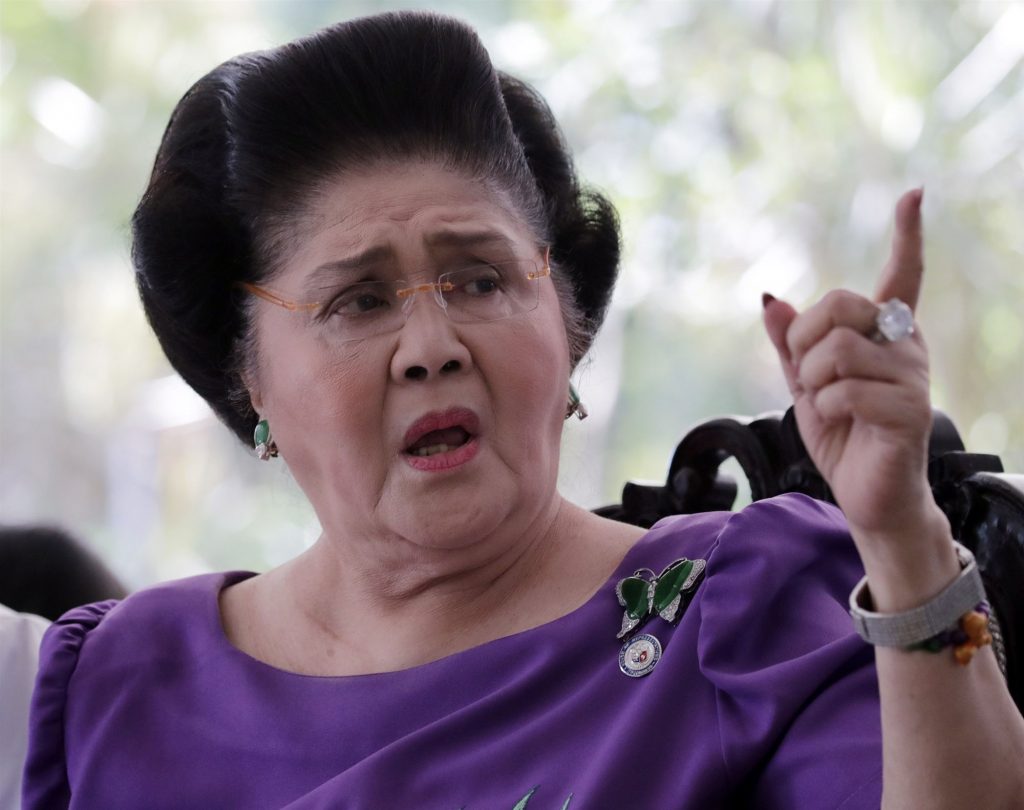 MANILA, Philippines — A Philippine court found former first lady Imelda Marcos guilty of graft and ordered her arrest Friday in a rare conviction among many corruption cases that she plans to appeal to avoid jail and losing her seat in Congress.

The special anti-graft Sandiganbayan court sentenced Marcos, 89, to serve 6 to 11 years in prison for each of the seven counts of violating an anti-corruption law when she illegally funneled about $200 million to Swiss foundations in the 1970s as Metropolitan Manila governor.

Neither Marcos nor anyone representing her attended Friday’s court hearing.

Marcos said in a statement that the decision was being studied by one of her lawyers who notified the Marcos family that he intends to appeal the decision. Anti-Marcos activists and human rights victims welcomed the conviction as long overdue.