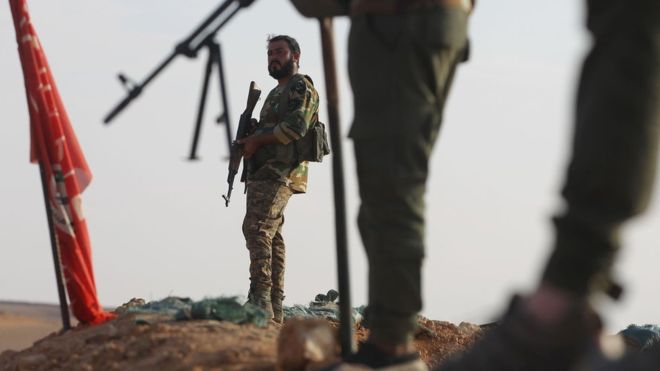 Air strikes in eastern Syria killed 26 Iraqi fighters from an Iran-backed paramilitary force after a deadly attack on US-led coalition forces in Iraq, a monitoring group has said.

The Syrian Observatory for Human Rights said Popular Mobilisation camps near the border town of Albu Kamal were hit.

It was not clear who carried out the strikes. The coalition did not comment.

But it followed a rocket attack on the Taji military base in Iraq that killed a British soldier and two Americans.

Another 12 coalition service personnel were injured by the 18 Katyusha rockets that were launched from a lorry later discovered a few kilometres from the base.