IS plans to hit US air bases in Mideast, warn Israelis who hacked into IS web group 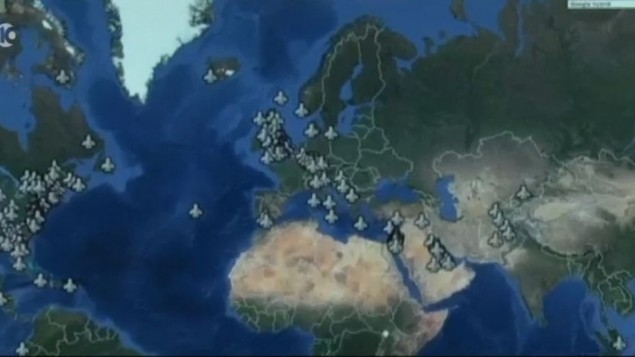 The Islamic State terror group has issued a specific call to leading activists to target air bases used by the US in Kuwait, Bahrain and Saudi Arabia, an Israeli cyberintelligence company that claimed to have hacked the jihadist organization’s Telegram communication group warned on Wednesday.

Intsights, a Herzliya-based intelligence company, hacked into what it said is the Islamic State’s Telegram group on the dark web in which the organization’s operatives disseminate terror attack plans among 500 leading activists, according to a (Hebrew) report on Channel 10.

The Israeli company, which is run by former IDF intelligence officers, told the TV station the Islamic State uploads potential targets to the group, and in recent months some of the targets have been hit by individuals claiming allegiance to the terror organization.

One such target presaged in the Telegram group was the church in Normandy, France, where local priest Father Jacques Hamel, 85, was murdered by jihadists on July 26. The call to carry out the attack in Normandy was issued via the Telegram group a few months ago, said Intsights Alon Arvatz.

The team managed to infiltrate the covert group, and on Monday, said Arvatz, a list of “extremely specific targets” was published, “with a call to attack them.” The list features numerous air fields used by the US Air Force, but with a number of “priority targets” highlighted in Kuwait, Bahrain and Saudi Arabia, he said.