ISIS Boy In New Video: “Give Me My Weapon” 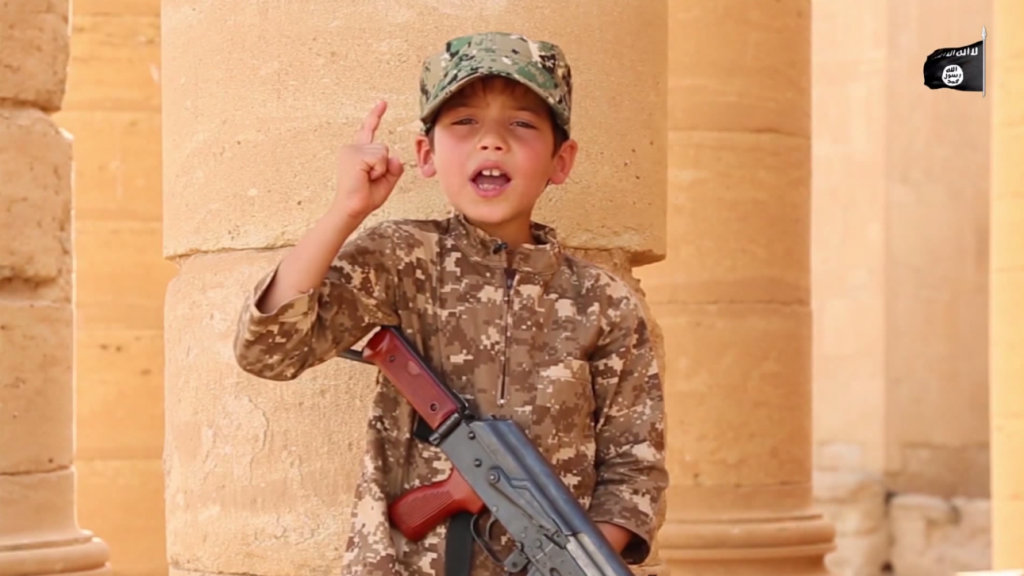 The video, called “The Cubs of Dijla” in a reference to the young boys being indoctrinated and groomed to fight, shows children as the clip’s primary speakers. They deliver monologues and recite verses of the Quran, marking the first time the Islamic State has depicted boys—one as young as three—speaking at length directly into the camera.

“Where are the martrys? Where are the suicide attackers?” a young boy asks, urging Muslims and Arabs to stop talking and start acting. “Give me my weapon,” he declares as he grabs a gun almost as long as his body. He later fires the rifle.