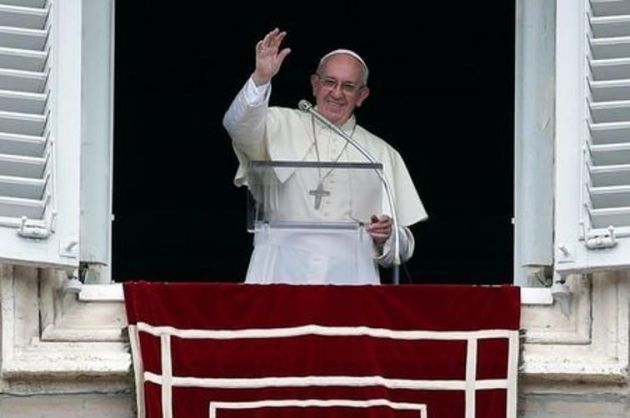 The Islamic State of Iraq and Syria (ISIS) has named Pope Francis as its number one enemy and has criticized the Catholic Church leader for pursuing “dialogue with moderate Islam.”

In its monthly publication Dabiq, ISIS described Pope Francis as a “non-believer” and accused him of defending homosexuals. The terror group previously released a video illustrating the end of the world, which suggests that the group is planning to assassinate the pontiff, The Express reports.

Despite the threats from ISIS, Pope Francis previously refused to heed advice to wear a bulletproof vest because he did not want to lose contact with the people. The threat prompted the Vatican to ramp up security around the city.

In the latest rant from ISIS, the militant group slammed the Pope for “seeking dialogue with moderate Islam” including Arab preacher Ahmed al-Tayeb of the Islamic university Al-Azhar in Cairo, Egypt. The Islamic State accused the imam of apostasy and criticized him for calling Christianity a “faith of love and peace.”

Meanwhile, Chaldean Patriarch Mar Louis Raphaël Sako told Asia News that the threats against Pope Francis are part of the group’s propaganda to pressure the West. He explained that ISIS does not understand the difference between the secular state and Christianity, which is represented by the Vatican.