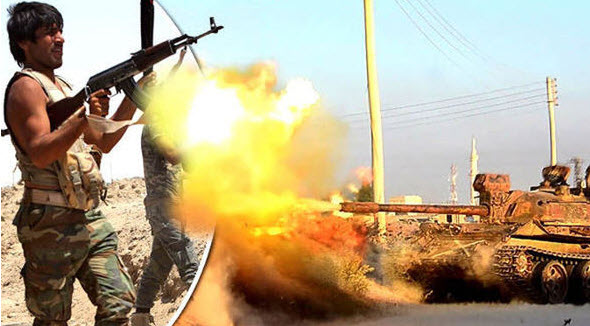 According to the extremists’ twisted ideology, Dabiq – a tiny town in northern Syria – will see a “major apocalyptic showdown with the armies of the infidel” that will result in the collapse of civilisation.

And Turkish troops backed by American commandos are understood to be just three miles from the town.

ISIS claim the battle will erupt in a field outside the small town, which in 2004 recorded a population of just 3,000 people.

ISIS even named its terrorist propaganda and recruitment magazine after the settlement, which lies around six miles from the Turkish border.

Jihadists believe the Prophet Mohammed remarked that “the last hour will not come” until an army vanquishes the Romans at “Dabiq or Al-A’maq”.