Islam Set To Overtake Christianity As Most Popular Religion, While US Population Also Rapidly Growing 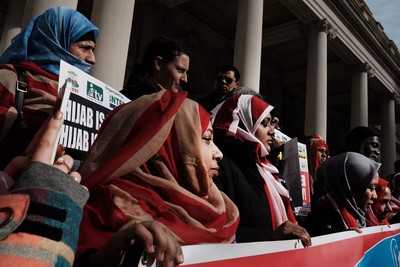 Islam is the fastest growing religion in the world and will overtake Christianity as the most popular before the end of this century, according to an analysis of religious surveys published Tuesday by the Pew Research Center.

With 1.6 billion, Muslims made up 23 percent of the world’s population, according to a 2010 Pew estimate. That figure was still some way short of the 2.2 billion Christians which comprised 31 percent of the population.

However, by 2050 there could be near parity between the numbers of adherents of the two religions for the first time in history. The reasons for this rapid growth are thought to be the greater number of children Muslims have compared to other religious groups and the comparatively young age of Muslims.