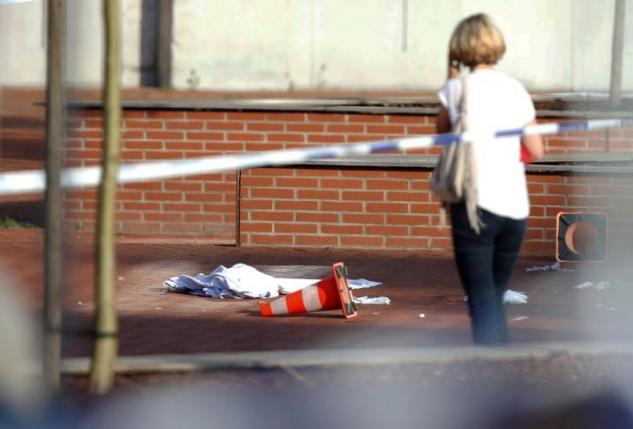 Shortly before the claim, Belgian prosecutors had identified the assailant as a 33-year-old Algerian, K.B., who had lived in Belgium since 2012, saying that he may have been inspired by terrorism.

The attacker, who shouted “Allahu Akbar” (God is greatest) during the assault on Saturday, was shot by police and died of his injuries. He was carrying a rucksack but no explosives or other weapons were found.

“There are indications that the attack may have been inspired by a terrorist motive,” the prosecutors said in a statement. “He is known to police for criminal acts, not for terrorism.”

Prosecutors searched two houses in Charleroi after the attack but did not provide details.