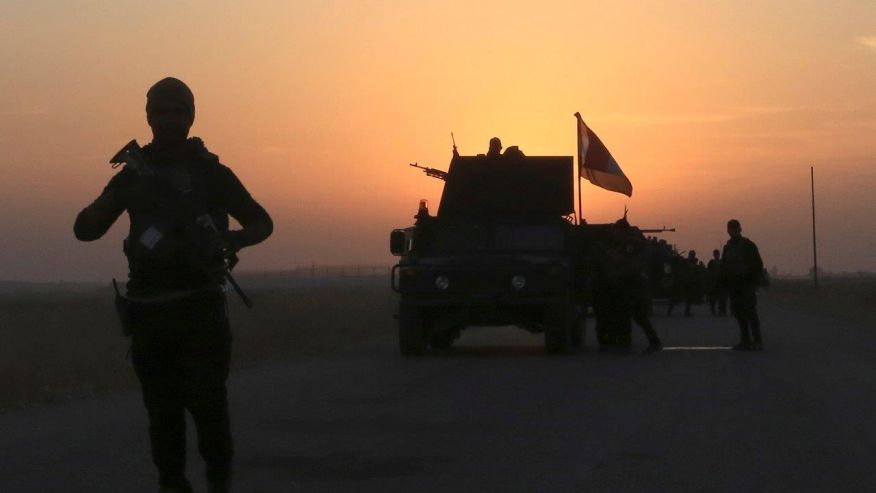 IRBIL, Iraq – Militants armed with assault rifles and explosives attacked targets in and around the northern Iraqi city of Kirkuk early on Friday in an assault quickly claimed by the Islamic State group and likely aimed at diverting authorities’ attention for the battle to retake IS-held Mosul.

At least 11 workers, including two Iranians, were killed when IS militants stormed a power plant north of Kirkuk and then blew themselves up.

Multiple explosions meanwhile rocked the city and gun battles were underway, said witnesses in Kirkuk, speaking on condition of anonymity as they were concerned for their safety. Much of the fighting was centered on a government compound in the city.

IS said its fighters were behind the attack, which the extremist group said targeted the Iraqi government. The claim was carried by the IS-run Aamaq news agency and could not immediately be verified.

Local Kurdish television channel Rudaw aired footage showing black smoke rising over the city as extended bursts of automatic gunfire rang out. The TV, however, quoted Kirkuk Gov. Najmadin Karim as saying that the militants have not seized any government buildings.