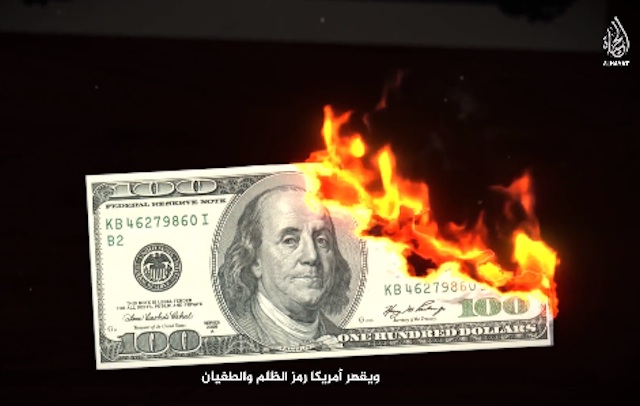 The Islamic State group revealed over the weekend that at the centerpiece of its goal to bring down America is a concerted effort to weaken the U.S. dollar and replace it with gold currency.

A video posted Saturday warned of the “dawning of a new age” in which replacing the dollar with gold would deliver “the second blow to America’s capitalist financial system of enslavement … casting into ruins their fraudulent dollar note.”

The first blow, it said, was the September 11 attack on the World Trade Center.