ISRAEL GOES BACK TO ELECTIONS AS NETANYAHU FAILS TO FORM COALITION 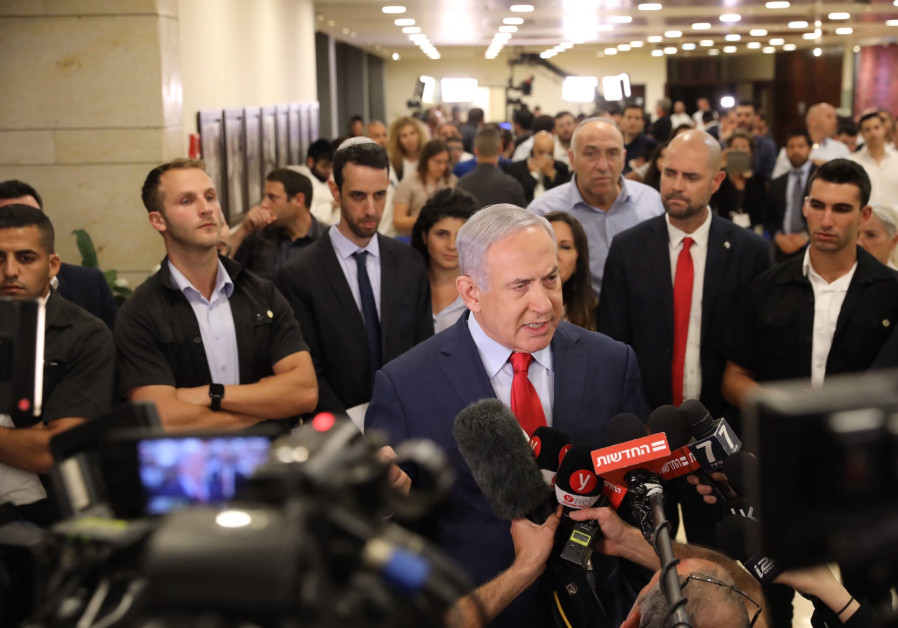 Exactly one month after the 21st Knesset was sworn in, a majority of the Knesset voted late Wednesday night to disperse and initiate an unprecedented repeat election on September 17.

It was the first time in Israeli history that a candidate for prime minister failed to form a coalition after being given the task by the president after an election.

Prime Minister Benjamin Netanyahu told the Likud faction ahead of the vote that he had not succeeded in reaching a compromise with Yisrael Beytenu leader Avigdor Liberman on the controversial haredi (ultra-Orthodox) conscription bill, and that he had also tried unsuccessfully to woo MKs from the opposition to join his government.

“The State of Israel is going to elections because of the Likud’s refusal to accept our proposal,” Liberman said as he entered the Knesset plenum. “This is a complete surrender of the Likud to the ultra-Orthodox. We will not be partners in a government of Jewish law.”

Tourism Minister Yariv Levin, head of the Likud’s negotiating team, told reporters “it’s over,” as he arrived at the Likud meeting after his last negotiation had failed.