Israel moves to mute mosques’ call to prayer over loudspeakers 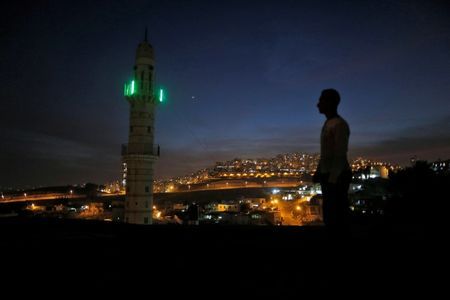 JERUSALEM – A law to muffle mosques’ amplified calls to prayer in Israel and occupied East Jerusalem won preliminary approval on Wednesday in a charged parliamentary session where Arab legislators denounced the measure as racist.

Supporters of the bill say it is aimed at improving the quality of life of people living near mosques who have been losing sleep. The calls usually begin sounding a little before 5 A.M. through loudspeakers mounted on minarets

Opponents say the legislation, sponsored by right-wing parties, impinges on the religious freedom of Israel’s Muslim minority. Arabs make up almost 20 percent of the population and have long complained of discrimination.

Two versions of law won initial approval and will go to committee for further discussion before any final vote in parliament, in what could be a lengthy process.

“You are committing a racist act,” said Ahmed Tibi, an Arab lawmaker, told supporters of the legislation.