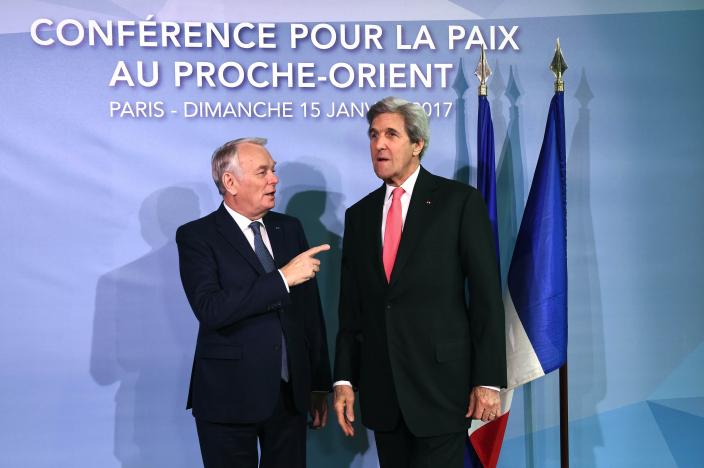 Some 70 countries reaffirmed on Sunday that only a two-state solution could resolve the Israeli-Palestinian conflict and warned against any unilateral steps by either side that could prejudge negotiations.

The final communique of a one-day international Middle East peace conference in Paris shied away from explicitly criticizing plans by U.S. President-elect Donald Trump to move the U.S Embassy to Jerusalem, although diplomats said the wording sent a “subliminal” message.

Trump has pledged to pursue more pro-Israeli policies and to move the U.S. Embassy from Tel Aviv to Jerusalem, all but enshrining the city as Israel’s capital despite international objections.