ISRAELI LEADER TO IRAN: “WE ARE YOUR FRIEND, NOT YOUR ENEMY” 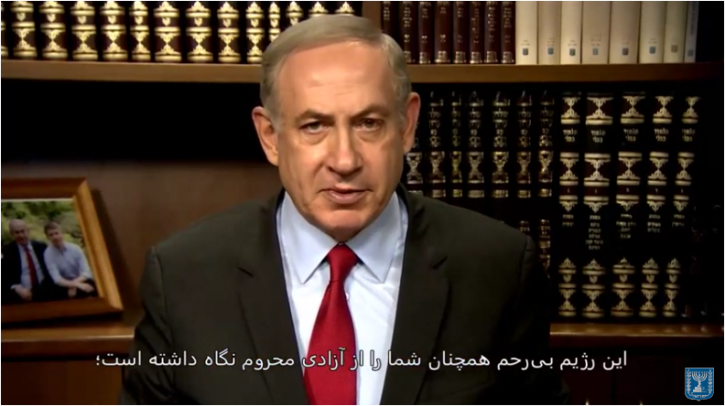 JERUSALEM — Israel’s leader has recorded a conciliatory message to the people of Iran, saying, “we are your friend, not your enemy.”

In the video uploaded to his Facebook page Saturday, Benjamin Netanyahu addresses the people of Iran in English, with Farsi subtitles. He says he will soon discuss with President Donald Trump how to counter the threat of an Iranian regime that calls for Israel’s destruction, but that he distinguishes between the regime and the people.

“You have a proud history. You have a rich culture. Tragically, you are shackled by a theocratic tyranny,” he says.