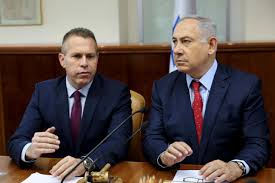 The United States could apply some of the security measures used for Israel’s border with the Gaza Strip to its own frontier with Mexico, an Israeli cabinet minister said on Tuesday.

Public Security Minister Gilad Erdan last month hosted his U.S. counterpart, Homeland Security Secretary Kirstjen Nielsen, among aides to President Donald Trump who have been tasked with making good on his vow to clamp down on illegal immigration.

To that end, Trump says the United States needs a wall along its 3,200-km (2,000 mile)-long border with Mexico. But he has been stymied by domestic dissent and uncertainly about funding.

During her visit to Israel, Nielsen inspected the hi-tech fences it has used to seal off the 230-km (143-mile) Egyptian frontier as well as its 60-km (37-mile) boundary with Gaza, a Palestinian enclave controlled by Hamas Islamists.