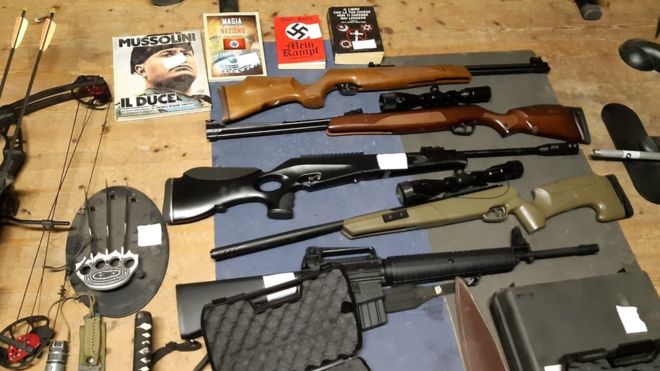 Italian police say they have uncovered a plot to form a new Nazi party and seized weapons including rifles and swords in searches across the country.

The target was the self-styled Italian National Socialist Workers’ Party. The number of arrests made is not clear.