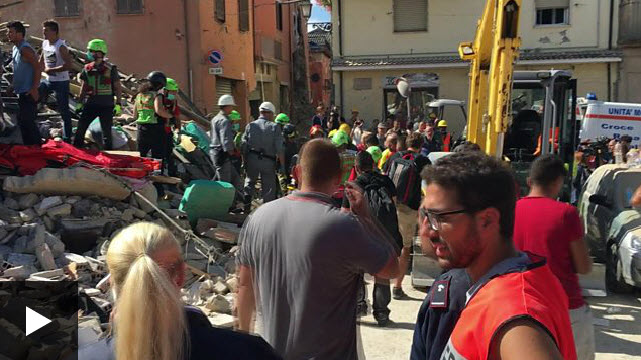 At least 120 people have been killed and 368 injured in an earthquake that hit a mountainous area of central Italy, PM Matteo Renzi has said.

Eighty-six of the dead were in the historic town of Amatrice, where the mayor said three-quarters of the town was destroyed, and in nearby Accumoli.

Many people are still believed to be buried under rubble.

Rescue teams are using heavy lifting equipment and their bare hands as they continue to search for survivors after nightfall.