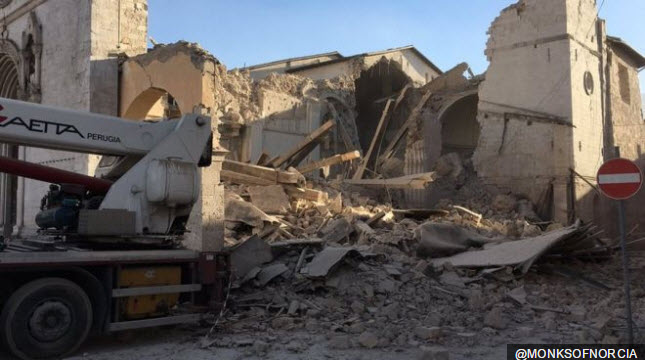 A strong earthquake has struck near Norcia in central Italy, destroying numerous buildings.

Sunday’s quake measured magnitude 6.6, larger than August’s quake and aftershocks last week, and was at a depth of only 1.5km (0.9 miles).

There were no immediate reports of casualties, but tremors were felt in the capital Rome.

The US Geological Survey said the epicentre of the quake was 68km south-east of the regional centre of Perugia and close to the small town of Norcia.