Jihad at the Louvre 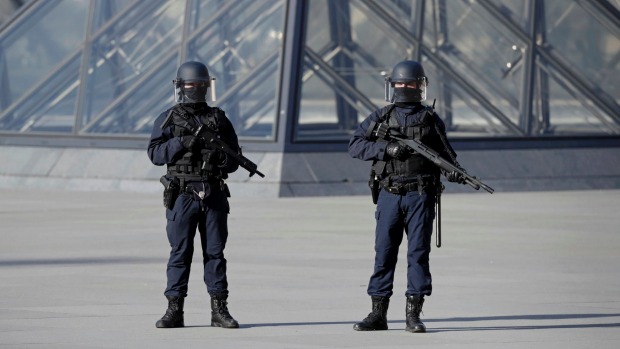 The attacker was blasted five times in the legs and stomach as he lashed out at guards.

THIS is the dramatic moment the machete-wielding Louvre terror suspect is surrounded by four armed French soldiers.

The attacker was blasted five times at the iconic Paris gallery this morning when he yelled “Allahu Akbar” while brandishing a machete and two knives.