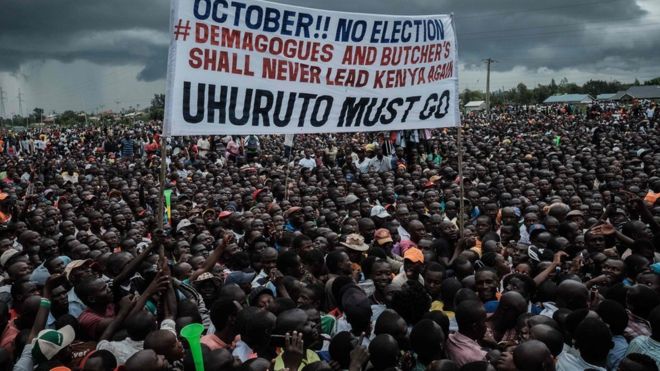 Western diplomats have warned of “growing insecurity” in Kenya ahead of Thursday’s presidential election re-run, boycotted by the main opposition.

Inflammatory rhetoric and attacks on the election commission made it more difficult to hold a legitimate poll, the 20 envoys said.

Mr Odinga has vowed to disrupt Thursday’s poll with a mass protest.

He says the vote cannot be held before key reforms, including the sacking of Independent Electoral and Boundaries Commission (IEBC) officials, are implemented.