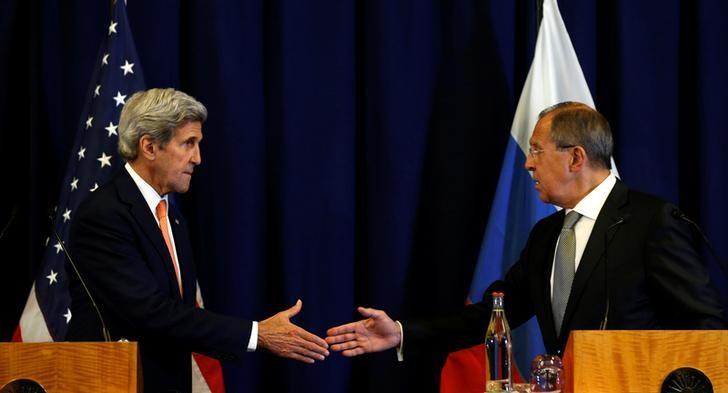 U.S. Secretary of State John Kerry on Wednesday sought to diffuse criticism of a U.S.-Russian ceasefire agreement on Syria arguing that without it violence would increase significantly with many more Syrians slaughtered or forced to flee the war-torn country.

The deal struck between Kerry and Russian Foreign Minister Sergei Lavrov in Geneva on Friday agreed to a seven-day period of reduced violence and increased humanitarian aid deliveries.

If the truce holds, U.S. and Russian militaries would begin to coordinate air strikes against Nusra Front and Islamic State militants in an agreed area.

The plan aims to bring together the warring Syrian sides for talks on a political transition, which would involve Syrian President Bashar al-Assad stepping aside.

“It’s a last chance to be able to hold Syria together,” Kerry said in an interview with NPR’s Morning Edition. “If you fail to get a cessation in place now and we cannot get to the table, then the fighting is going to increase significantly.”